Important Research is Not Being Made Available

Magnesium research information is not made readily available to the busy practicing physician, and there has been little organized and sustained effort devoted to informing doctors about knowledge generated by research in the field of magnesium. When new drugs become available, pharmaceutical companies often provide publications and summaries to the physicians who are most likely to prescribe them. No such organized effort disseminates research information on nutritional science in general nor magnesium nutrition in particular; as a result, much of that research remains beyond the knowledge realm of the practicing physician. Thus, many physicians, who lack the time to undertake literature searches themselves, do not know about vital information on magnesium which holds great promise for improving patient care.

Magnesium, a Nutrient,  is Nonpatentable

Patent laws discourage research into and the marketing of nutrients. If a company were to set up a marketing team to tell doctors all about magnesium nutrition research, there is no guarantee that patients would use their brand of magnesium or that doctors would recommend their formulation. They would be essentially marketing any and all brands of magnesium supplements and so a company could not guarantee or expect a reasonable return on their investment for their stockholders. This reality has tended to limit the dissemination of health information about magnesium and nutrients in general while marketing by pharmaceutical companies concentrate on patented medications that too often address common symptoms of magnesium deficiency – antihypertensive drugs for high blood pressure; statins for high cholesterol; calcium-channel blockers and beta blockers which combat aspects of magnesium deficiency at the cellular level; blood thinners to fight the increased clotting tendency which may be brought on by magnesium deficiency; and various medications for insulin resistance.

Pharmaceutical companies can market these drugs knowing that they are the only source of that particular drug for a given number of years and they can feel free telling doctors all about the positive research on their patented medicine. Drug companies must maximize their stockholders’ return on their investments, so they cannot be expected to research magnesium – a nonpatentable substance – and then promote that research among doctors.  The Center for Magnesium Education & Research is not anti-drug, but wishes to convey peer-reviewed information left in this lack, believing that good medicine demands that pharmaceutical drug treatment be used in addition to, rather than in place of, adequate magnesium and general nutrition.

Focus on Symptoms Rather Than Root Cause
Faulty diet has long been implicated in heart disease, but the amount or type of fat (including cholesterol) and the amount of salt in the diet have been the focus of blame.  Much research has been done in these areas, but little attention has been paid to the research, ongoing and growing, that has associated magnesium deficiency and its possible impact on sodium/potassium balance and calcium utilization with heart disease and other chronic ailments of the developed world.  Studies in the past five years have shown that over 50% of USA adults do not get their daily magnesium requirement with their foods.

Magnesium is low-tech. It was an era in love with technology when the epidemic of heart disease peaked in the 1950’s. It was a time of Sputnik, nuclear power, hi-fi recordings; an age for cracking the genetic code, going to the moon, and wiping out smallpox all over the planet. The epidemic of heart disease cried for heroic measures – heart transplants, artificial hearts, bypass surgery, balloon angioplasty, defibrillators and pacemakers, designer foods with no cholesterol and the right kind of fats, and designer drugs to treat risk factors and save lives.

A simple nutritional deficiency, quite frankly, didn’t capture anyone’s imagination. And by the time real results with magnesium came in consistently, the medical community at large was already highly invested in high-tech heart treatment and training.  The inclusion of solid, peer-reviewed nutritional research on magnesium and other micro-nutrients in this huge industrial-health endeavor will take time, patience and dissemination of correct and truthful information in an effective form.  The Center for Magnesium Education & Research is committed to such information dissemination.

Much treatment of heart disease today is intertwined with a health-industrial complex that provides research and treatments that often include huge, ongoing costs. A low-fat diet is not a realistic working solution for most people, and drugs, which are extensively marketed at great cost – despite a variety of unhealthy side effects – are not turning out to be the long-promised “light at the end of the tunnel” high-tech solution. It would be easier to turn around a speeding train than to reverse the course of high-tech cardiology. We at the Center for Magnesium Education & Research do not expect or even desire that this occur. We don’t expect doctors to start telling people who are having heart attacks to go take a magnesium pill. We do expect cardiology to continue to save lives as it refines heart treatment with procedures and medications. But we would like to see these treatments given in addition to, rather than in place of, adequate magnesium and general nutrition. 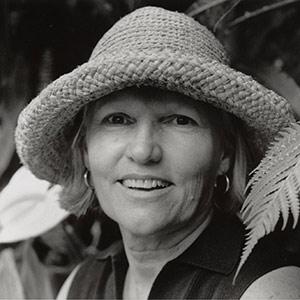 Dr. Andrea Rosanoff first became aware of the huge important of nutritional magnesium in 1985, soon after completing both M.S. and Ph.D. degrees in Nutrition at the University of California at Berkeley. Since then she has become passionate about informing as many as possible about the importance of magnesium as a nutrient while continuing research into its impact on general and heart health. She is co-author of the book The Magnesium Factor with Mildred Seelig MD, MPH and author of publications on magnesium and hypertension and magnesium and cholesterol in the peer-reviewed literature. She is currently the Director of Research & Science Information Outreach for the Hawaii-based Center for Magnesium Education & Research.

Dr. Diane Longstreet recently returned to the USA after six years of work, study and adventure in Australia during which she earned her PhD from the School of Medicine, University of Adelaide in South Australia. Her thesis was on Magnesium and Diabetes: Its Implication for the Health of Indigenous Australians. Her findings supported the theory that magnesium deficiency increases diabetes risk for Aboriginal and Torres Strait Islander people. Previously she served almost 20 years as the Nutrition Program Director for the Collier County Health Department in Naples, Florida. Currently serving on the Health Disparities Evidence Based Guidelines Workgroup for the American Dietetic Association, Dr. Longstreet has a professional commitment to reducing the health disparities experienced by those less fortunate. Her life’s mission is to inspire and empower people to achieve optimum health through positive lifestyle choices.